Using a new, advanced DNA-based method, a research team from the University of Copenhagen has mapped the genetic material of the fabled Native American chief, Sitting Bull. The results reveal that he is in fact the great-grandfather of the well-known Lakota member Ernie LaPointe. 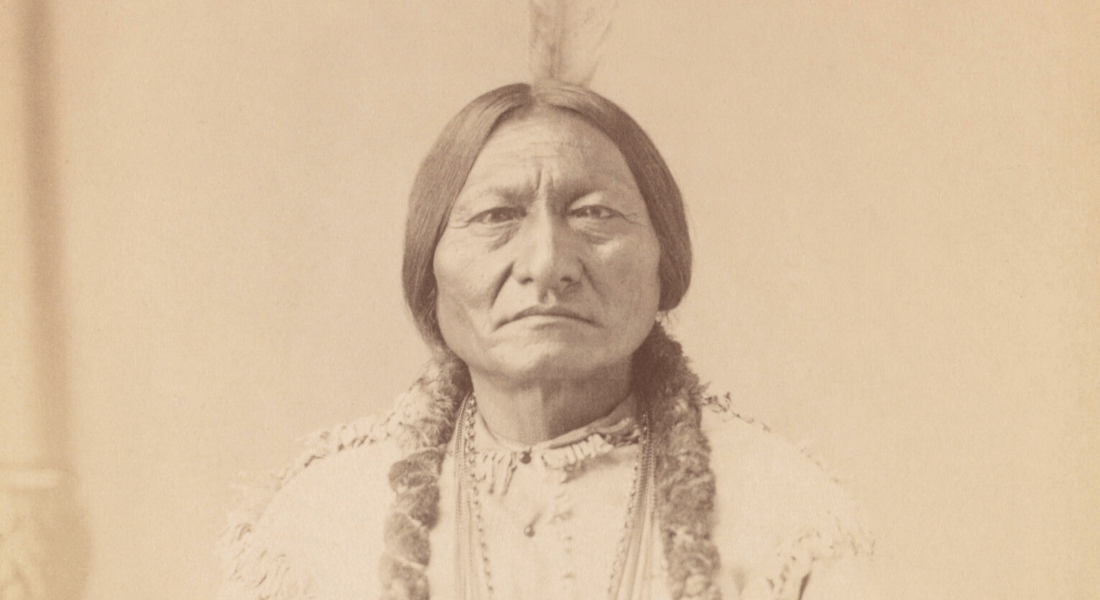 Stories and myths of Lakota chief Sitting Bull have been told for generations in the US, and his impact on Native American culture is not to be underestimated.

As a symbol of the struggle between the native people and white supremacy, Sitting Bull, Crazy Horse and their Native American allies defeated General George Custer and his forces at the Battle of the Little Bighorn.

Precisely because of Sitting Bull’s iconic status, many have been interested in identifying his descendants. Now a new genetic study conducted by researchers at the University of Copenhagen demonstrates that the well-known Lakota member, Ernie LaPointe, can rightfully – as he has always done – call himself the great-grandchild of Sitting Bull.

‘This is big for Ernie. Now he has science’s word that he is in fact the great-grandchild of Sitting Bull. But it is also a great scientific achievement in itself that we have been able to conduct this genetic analysis based on an extremely damaged lock of Sitting Bull’s hair’, says Professor Eske Willerslev from the Section for GeoGenetics at the University of Copenhagen’s GLOBE Institute, who has headed the new study.

Eske Willerslev has been working on the study since 2007, where he visited the Lakotas on several occasions and, among other things, participated in Native American ceremonies before the descendants gave him permission to study Sitting Bull’s DNA.

Even though he was given a small sample of Sitting Bull’s hair at the time, the study has been a long time in the making, because old, damaged DNA does not lend itself easily to analysis.

‘Traditional DNA-based methods simply were not good enough. So we had to develop a new method, where we estimated the degree to which Sitting Bull and Ernie LaPointe are genetically similar based on the scant data available on Sitting Bull. And using simulations, this enabled us to determine whether Ernie is in fact the great-grandchild of Sitting Bull’, explains Associate Professor Ida Moltke from the Department of Biology, who is the first author of the new study.

Based on this method, the researchers are now able to confirm the kinship between Ernie LaPointe and Sitting Bull. They argue that the same method can in principle be used to determine the kinship of other historical figures with living individuals.

’Say you wanted to determine the kinship of a living person with some of the old kings buried in Roskilde Cathedral in Denmark or Westminster Abbey in the UK; we believe this method makes it possible, even if the DNA is somewhat damaged’, says Eske Willerslev.

Where will the remains be buried?

Scientific confirmation of his kinship with Sitting Bull is important to Ernie LaPointe, who wants the right to decide where the earthly remains of his great-grandfather should finally be laid to rest.

Today, Sitting Bull has two official burial places, one at Fort Yates in North Dakota and one at Mobridge in South Dakota. Both places are visited by people who wish to pay their respects to the famous Lakota chief. But LaPointe is concerned that the burial places are not properly managed, just as he is worried about the commercialisation of his great-grandfather’s final resting place.

He therefore believes the genetic proof along with historical documents such as birth certificates can help strengthen his legal position.