Denmark's comprehensive counter-terrorism legislation is very much copy-pasted from international law. This means vague and imprecise legal texts, but maybe it didn't have to be this way? 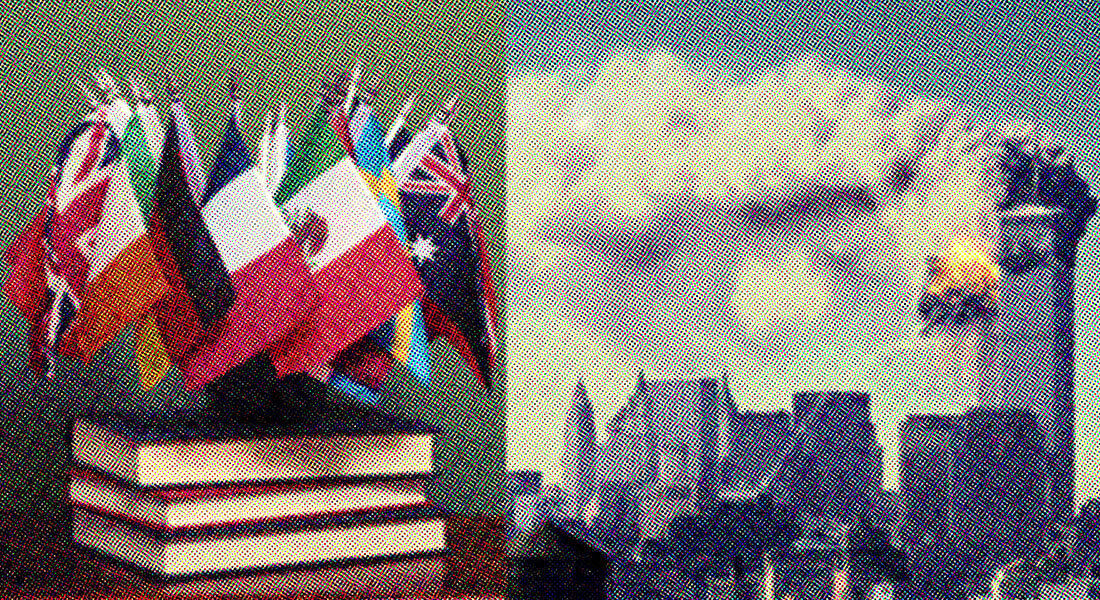 Secret searches, mass surveillance, tightening of asylum rules and life imprisonment for terrorism.
After September 11, Denmark developed comprehensive counter-terror legislation. But even though it was the then SR government that presented the first terror package in 2002, our Danish terror legislation is actually not very Danish. It is very much European and international.

-At EU level, the necessary legislative preparations had already been made before September 11. So it was not difficult to pull out legislation that was about preventing terrorism. It was ready on the hard drive, and it was very much copied into Danish legislation, explains professor of criminal law Jørn Vestergaard.

That our counter-terrorism legislation reflects our international obligations and cooperation is in itself not unusual. This is the case with large chunks of our legislation. The EU affects somewhere between 15 and 60 per cent of new Danish legislation, and in the same way, the UN and the Council of Europe also have an influence on our legislation.

But even though there is nothing unusual in the international impact on Danish legislation, it is, according to Jørn Vestergaard, a bit of a problem when it comes to counter-terrorism legislation.

-International legislation containing obligations for a large number of countries is often formulated in a broad and imprecise manner, among other things because they reflect the compromises that have been negotiated. The national penal code is, however, subject to the principle of the greatest possible precision, so that citizens have clarity about where the boundaries are. It is therefore unfortunate to copy-paste the text from conventions or such like into Danish legislation, says Jørn Vestergaard.

But according to Jørn Vestergaard, it didn't need to be like that. Even though we have international obligations, this does not preclude a greater degree of precision in the legislation. This has been the case in several of the other Nordic countries.

-In Denmark, support of a terror group can be punished according to a very broad section on 'promoting terrorism'. In the other Nordic countries, more specific requirements are made. In Norway, for example, it is required that the accused has actively participated in a terror organisation, says Jørn Vestergaard.

With the adoption of the terror package 1, Jørn Vestergaard was already worried about the vague and far-reaching legal text which, in his opinion, could put legal certainty to a hard test. He still is. On the other hand, he believes that the penal system as a whole has been shown to work. You can hear more about this in this podcast:

On 20 September 2001, just nine days after the terror attacks in the United States, the EU countries agreed on a number of new counter-terrorism initiatives. For example they made:

A number of these initiatives were part of the Danish terror package 1, which was adopted on 6 June 2002. First and foremost, the terror package was created to ensure that Denmark fulfilled its international obligations in the field of counter-terrorism. In addition, the terror package was meant to pave the way for Denmark to ratify the UN Security Council Resolution 1373 of 28 September 2001. Among other things, this requires states to:

Terror package #2: Denmark at the forefront

With the violent attacks in Madrid in 2004 and in London in 2005, terrorism came to Europe in earnest, and in June 2006 parliament passed the "terror package II", which, like terror package 1, was designed to incorporate both European legislation and new UN resolutions into Danish legislation. Among other things, the new terror package once again extended the police's ability to prevent and investigate terrorism. Among other things, it was made easier for the Danish Security and Intelligence Service to disclose information to the Danish Defence Intelligence Service and to obtain information from other authorities, just as it eased the police's access to tap phones and opened up for the ability of public authorities or private companies to monitor certain places, such as traffic hubs, places of entertainment, shopping centres, etc. Finally, terror package 2 obliged airlines to register and store information about passengers and crew members on planes arriving at or departing from Denmark for a year.

-The Council of Europe also got to work after 2006 and drew up a convention to oblige the Member States to criminalise recruitment, incitement and training in terrorism. Here, Denmark was also at the forefront. The penal code was quickly laid down to fulfil the obligations of the convention long before it came into force. But we went even further, because the convention only obliged us to criminalise active recruitment or training. Danish legislation also criminalised recruitment or training in terrorism, says Jørn Vestergaard.

In relation to surveillance, the EU also played a major role in Danish legislation. Every day, the Danish population is registered millions of times. This happens when we use our mobile phones. Here, the telecom companies store information about who we talk to, where we talk to them and when we do so. The fact that we are being massively monitored in this way is due to the Danish data retention order of 2006, which is a direct result of the EU data retention directive. And even though the European Court of Justice has ruled in a number of judgments that the surveillance is too comprehensive and therefore illegal, we continue to log our use of mobile phones in Denmark. You can read more about why this is so here.