Researchers present wild theory: Water may be naturally occurring on all rocky planets

Life is deeply dependent on water, but where does water come from? Based on new research, researchers from the University of Copenhagen believe it may emerge in connection with the formation of planets. 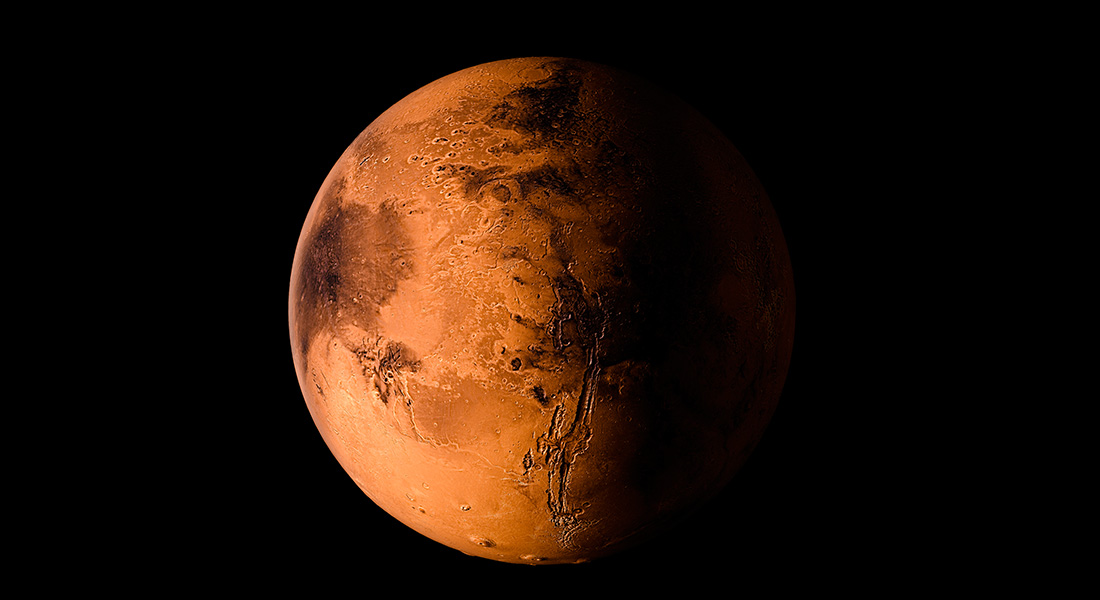 The emergence of life is a mystery. Nevertheless, researchers agree that water is a precondition for life. The first cell emerged in water and then evolved to form multicellular organism. The oldest known single-cell organism on Earth is about 3.5 billion years old.

So far, so good. But if life emerged in water, where did the water come from?

“There are two hypotheses about the emergence of water. One is that it arrives on planets by accident, when asteroids containing water collide with the planet in question,” says Professor Martin Bizzarro from the Centre for Star and Planet Formation at the Faculty of Health and Medical Sciences, University of Copenhagen.

Together with Assistant Professor Zhengbin Deng he has headed a new study that turns the theory about the emergence of water upside down.

“The other hypothesis is that water emerges in connection with the formation of the planet. Our study suggests that this hypothesis is correct, and if that is true, it is extremely exciting, because it means that the presence of water is a bioproduct of the planet formation process,” Martin Bizzarro explains.

If Martin Bizzarro and Zhengbin Deng’s theory proves correct, life in planetary systems may have had better chances of developing than previously assumed.

The researchers’ studies show that there was water on Mars for the first 90 million years of the planet’s existence. In astronomical time, this is a long time before water-rich asteroids bombarded the planets of the inner Solar System like Earth and Mars, according to the first hypothesis. And this is very sensational’, Martin Bizzarro explains.

“It suggests that water emerged with the formation of Mars. And it tells us that water may be naturally occurring on planets and does not require an external source like water-rich asteroids,” he says.

The study is based on analyses of an otherwise modest black meteorite. But the meteorite is 4.45 billion years old and contains invaluable knowledge about the young solar system. Black Beauty, which is the name of the meteorite, originates from the original Martian crust and offers unique insight into events at the time of the formation of the solar system.

“It is a gold mine of information. And extremely valuable,” says Martin Bizzarro. After having been discovered in the Moroccan desert, the meteorite was sold for USD 10,000 dollars per gram.

With help from funds, Martin Bizzarro managed to buy just under 50 grams for research purposes back in 2017. With the meteorite in the laboratory they are now able to present signs of the presence of liquid water on Mars at the time of its formation. First, however, they had to crush, dissolve and analyse 15 grams of the expensive rock, Zhengbin Deng explains:

“We have developed a new technique that tells us that Mars in its infancy suffered one or more severe asteroid impacts. The impact, Black Beauty reveals, created kinetic energy that released a lot of oxygen. And the only mechanism that could likely have caused the release of such large amounts of oxygen is the presence of water,” Zhengbin Deng says.

Another bone of contention between researchers is how Mars with its cold surface temperature could accommodate liquid water causing the depositions of rivers and lakes visible on the planet today. Liquid water is a precondition for the assembling of organic molecules, which is what happened at least 3.5 billion years ago at the emergence of life on Earth.

The researchers’ analysis of Black Beauty shows that the asteroid impact on Mars released a lot of greenhouse gasses into the atmosphere.

According to Zhengbin Deng, ‘this means that the CO2-rich atmosphere may have caused temperatures to rise and thus allowed liquid water to exist at the surface of Mars’.

The team is now doing a follow-up study examining the microscopic water-bearing minerals found in Black Beauty. The age-old watery minerals are both original and unchanged since their formation, which means that the meteorite has witnessed the very emergence of water.

The study, ‘Early oxidation of the Martian crust triggered by impacts’, will be published in the scientific journal Sciences Advances and is available here.