Vital ingredient in everything from washing detergents to pharmaceuticals: Researchers finally grasp the work week of enzymes

Scientists have found a novel way of monitoring individual enzymes as they chomp through fat. The method offers far greater insight into how enzymes function and opens up the possibility of tailoring enzyme composition for useful industrial applications such as pharmaceutical and bioethanol development and production. This, according to a new study by the University of Copenhagen and Novozymes. 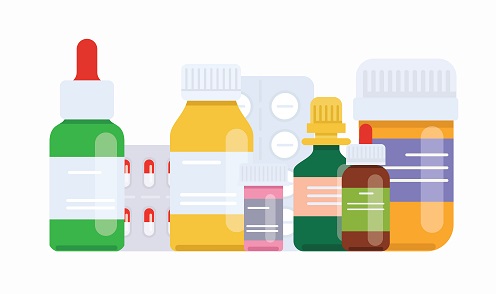 Enzymes are used widely in our everyday lives. Like tiny soldiers, enzymes in washing powder work to dismantle fat stains from clothing, just as they are used to transform straw into bioethanol or act as miniature pharmaceutical factories.

Now, researchers from the University of Copenhagen’s Department of Chemistry have discovered a way to monitor enzyme workflows. Their results have just been published in Scientific Report.

"We have never been capable of witnessing what enzymes do while they work. It is the same as, not just being able to observe someone going to and from work, but having the ability to see what they are doing while at work and seeing how effective their work is," according to Søren Schmidt-Rasmussen Bohr, whose doctoral thesis is based upon the research.

He explains that being able to monitor enzymes and map their work week makes it possible to target the amino acid composition of enzymes, which directly controls their function.

Targeted enzyme development is a major area of research

Enzyme design is an area of research that has attracted immense international interest. So much so, that last year’s Nobel Prize in Chemistry was awarded for the targeted optimisation of enzymes.

With an understanding of how various amino acids in enzymes work, one can begin to customize enzymes and make them far more effective. A few of the more evident examples include the design of enzymes that more efficiently convert straw into biofuels as well as designs that reduce the concentration of enzymes in washing powders, where a few effective leftovers become tough enough to get the job done.

"Depending on the enzyme, it could be advantageous to either prolong the amount of time they work or make them more effective while at work. This will make many industrial processes both cheaper and greener," according to Associate Professor Nikos Hatzakis, who directs the research.

What Søren Schmidt-Rasmussen hopes for most is that the new approach can be a step towards creating more effective enzymes for drug manufacturing that serves to reduce the toxic footprint of the pharmaceuticals industry. More efficient enzymes will result in fewer waste products and manufacturing at lower temperatures, which will reduce CO2 emissions.

"With better enzymes, one can simplify the chemical processes needed to manufacture pharmaceuticals, which will ultimately lead to a reduction in drug costs," asserts Søren Schmidt-Rasmussen Bohr.

The researchers have combined a method known as "Single Particle Tracking", whereby the position and speed of enzymes is observed, with advanced data processing that can predict how long enzymes are at work and at pause. In practice, advanced fluorescence microscopy is used to zoom in on the nanoscale and observe the movements of individual enzymes. Thereafter, statistical models are deployed to determine what the enzymes are actually up to as they move over and interact with fats.

Until now, most targeted enzyme development has been accomplished by randomly swapping some amino acids for others, which has made it quite complicated to produce the best possible enzymes for a given purpose.

The study, Direct observation of thermomyces lanuginosus lipase difsional states by single particle tracking and their remodeling by mutation and inhibition, is published in Scientific Report.

The study was conducted at the University of Copenhagen, in collaboration with Novozymes, with funds from both the Velux Foundation and the Carlsberg Foundation. "Hatzakis Lab" is part of the Novo Nordisk Center for Protein Research (CPR).

The research group is headed by Associate Professor Nikos Hatzakis