Food researchers from the Department of Food Science at the University of Copenhagen combat waste in the Danish biotech industry with sensitive sensors and mathematics. They use so-called fast methods, which can measure on ingredients and parameters while fermenting, and interpret the measurements using chemometrics. The latter is a special branch within mathematics, where the measurements are explored from a holistic angle making it possible to spot relationships between and changes in single parts. 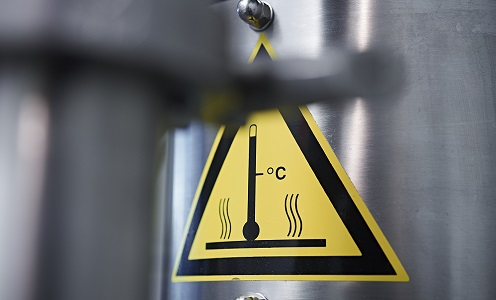 Fermentation processes in the pharmaceutical and food industries are currently taking place according to fixed recipes as well as by measuring and adjusting along the way. Should you produce a particular medicine or a particular type of industrial yeast, a fixed recipe will mean that, for example, pressure, temperature, time and stirring rate in the fermentation tanks must be set according to some specific guidelines. However, as the processes involve natural raw materials (biological materials) and living microorganisms, the end products are not always exactly the same. This can lead to an increase in costs and waste if the end product does not meet the applied quality parameters. But in the future, it does not have to be so, say researchers from the Department of Food Sciences (FOOD) at the University of Copenhagen, who challenge the approach to industrial fermentation in the processes that still follow a fixed recipe.

To start a fermentation, there are a number of ingredients, such as various vitamins, minerals and proteins that are part of the so-called "fermentation broth". The fermentation broth contains the nutrients needed by the bacteria in order to propagate themselves and produce a chemical component (e.g. a kind of medicine or food ingredient). During a fermentation, a number of processes are carried out, which researchers can measure using different methods. They can measure whether the right metabolic pathway is used (if the microorganism utilizes the fermentation broth as expected), if the right amounts of CO2 and other metabolites (chemical substances) are formed, and if the microorganisms are fit. For example, the technique fluorescence spectroscopy can be used to find out whether the amino acid tryptophan and the vitamin riboflavin are used as expected, and by looking at the co-enzyme NADH, you can reveal if the energy balance of the microorganism is as expected. 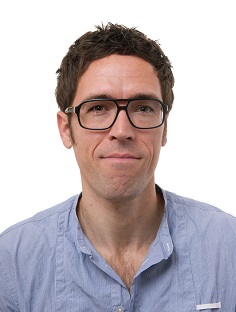 "If, for example, I have five bacteria strains that interact and form several metabolite concentrations, I can measure the chemical ingredients – the metabolites – that can control how the bacteria are doing. I can for example see whether the process is too slow or if some of the metabolites produced are not supposed to be there or if the relationship between them is wrong”, says Thomas Skov, associate professor at FOOD.

The measurement methods used by the researchers are so-called fast methods that measure continuously during production so that the parameters that are developing in a wrong direction can be brought back on track. This means that you can adjust and save large batches that might not have lived up to the product parameters for quality and therefore would have been discarded.

It can also be about avoiding waste in other ways.

“When producing a chemical component or a food component by fermentation, a surplus mass will be produced, which must be removed by a purification process. The component is bound to a column while the surplus mass flows away. Here, it is good to know when you have filled too much component on the column, so not only the surplus mass, but also the component itself begins to flow away. It's difficult to control, but we can measure it using fast methods like Near Infrared Spectroscopy and Raman Spectroscopy, and that's something we're working on at the moment", says Thomas Skov.

FOOD collaborates with, among others, DTU (the Technical University of Denmark) in optimizing the fermentations in the Danish biotech industry.

"DTU work with mechanistic models for how things progress in a fermentation. They make their formulas and equations based on hardcore facts, e.g. how much oxygen there is in the fermentation tank, what the temperature is and some formulas and equations that tell something about what is going on in the tank. Here, things must add up and there are specific answers. Their models can predict the process, but in order to ensure as precise (low uncertainty) predictions as possible, the models may need some other ‘soft’ types of input that we can contribute with through our measurement methods on the biological material", says Thomas Skov.

For example, it may concern the amount of protein in the content and which metabolites that are present – there are measurements that can tell what happens to the content in the fermentation tank right now.

“Our measurements are not supposed to give a specific result, but instead reflect the given production in real time. In other words, we measure what there is and what is going on in that specific moment. And together with DTU we are working on combining the two measuring concepts, so the industry can get even better answers and thereby optimize their processes”, says Thomas Skov.

From fixed to variable recipe

In general you can say that the researchers are working towards a shift from the recipe-based way of doing things to an adjustable process, which takes into account that the fermentation consists of living organisms that take part in an extremely complicated system when interacting with each other. The force of chemometrics is that it looks at how the whole are affected by sub-elements and by knowing the interaction of the sub-elements you can measure how you can affect and control the whole.

“In terms of research, we have now reached a point where we can tell companies that we have some measuring methods that can offer a more streamlined process and an improved and more consistent quality. And that means a lot for the companies that are producing on a very large scale”, says Thomas Skov.

Facts about the biotech industry

Biotechnology is any technological application using biological systems, living organisms or derivates thereof, to create or alter products or processes for a specific use.

A number of Danish pharmaceutical, food and biotechnology companies produce on a large scale using fermentation, where it is microorganisms that do the work in relation to developing the products.