Professor inspired by housewives and schoolchildren

University of Copenhagen professor Dennis Sandris Nielsen has been awarded SCIENCE’s Dissemination Award 2022 for his willingness and ability to communicate research about the broader societal perspectives of bacteria, viruses and fungi to all kinds of audiences including housewives, schoolchildren, industry and journalists.

Any notion that professors are isolated from the masses up in ivory towers is a poor fit for Professor Dennis Sandris Nielsen. His approach to 'normal people' is quite the opposite.

"There’s something quite special about getting out and speaking with non-scientists. I nearly always come back with something to use in my research," says Nielsen.

The 45-year-old professor from the Department of Food Science has won SCIENCE's Dissemination Award 2022, along with 25,000 kroner in prize money, for his diligent approach to communicating his research beyond the university's otherwise thick walls.

Microorganisms are the axis around which Dennis Sandris Nielsen's research revolves. For him, the answers to some of today's greatest societal challenges are found in bacteria, viruses and molds. This includes the creation of meat alternatives, in the form of plant-based foods fermented with microbes, as well as the use of bactericidal viruses in our gut microbiome to combat diseases.

Dennis Sandris Nielsen receives the award for his generous communication of the knowledge about microorganisms that he and his team create everyday. The channels he uses to do so include everything from the newspaper Weekendavisen to the Danish Broadcasting Corporation, to podcasts and night school lectures.

The SCIENCE Dissemination Award is awarded to researchers who make an extraordinary effort in the area of communications over the course of the year. The award carries a purse of DKK 25,000.

"Housewives’ associations, night schools, primary schools, high school students - I always say yes to these types of events if I can find the time," says Nielsen.

As a professor and diligent researcher, time is always scarce. Nielsen is involved in projects ranging from work with Central American cocoa farmers to evoke more flavor from their product, to developing a treatment that can prevent gastrointestinal disorders in premature babies. So why bother to prioritize dissemination and tell everyday folk about his work?

The driving force is a healthy mix of desire, a sense of duty to the taxpayers who fund his research, and a bit of cool calculus about positioning himself and his department. But there is a fourth element as well: namely, what the professor brings back with him.

"Oftentimes, there is a person seated in the back row who knows someone who might be a possible partner – for example, a small fermented foods business that I hadn't heard of before. I often field questions that spark new thoughts and sometimes turn into ideas. At the same time, I’m able to keep of what people are thinking," says Nielsen.

Occasionally, popular science dissemination even leads to people making their bodies available for research. This is what happened after he told TV2.dk about an experiment of his, in which obese mice lost weight after receiving fecal transplants from slim mice.

"The article was posted on TV2.dk on a Friday evening at 5 p.m. When I opened up the computer again on Sunday, the first 35 emails in my inbox were from people asking to take part in my next study. And it went on and  on. One person even shared his funding ideas. I received about 200 emails from regular people based on that one article," says Dennis Sandris Nielsen, who adds:

"It also confirms to me that what we're doing in the lab has a potential impact on real people."

Today's plant-based foods are too boring

A research career was hardly in the cards when a young Dennis Sandris Nielsen traveled from his hometown of Fredericia to the Danish capital to study food science more than 20 years ago:

"When I began my studies, the plan was to stay here for five years before heading back to work for some dairy in Jutland. But then, in my fourth semester, I was standing there, looking at microorganisms through a microscope. That was the moment for me. Since then, I have become more and more of a microbiologist," says Nielsen, whose main focus is on how we can exploit the ways in which microorganisms either cooperate or compete.

Besides wanting to use small bacteria-attacking viruses known as bacteriophages to treat gastrointestinal diseases, Dennis Sandris Nielsen is devoting much of his research toward developing non-animal protein sources through fermentation.

"The plant-based foods in supermarkets today are too boring. And while they are plant-based, they are often highly processed as well, and not necessarily 100% sustainable. My vision is to use fermentation to create plant-based alternatives to meat that are healthy, sensibly produced and provide a pleasant dining experience. I hope that we can advance that vision in the years ahead." 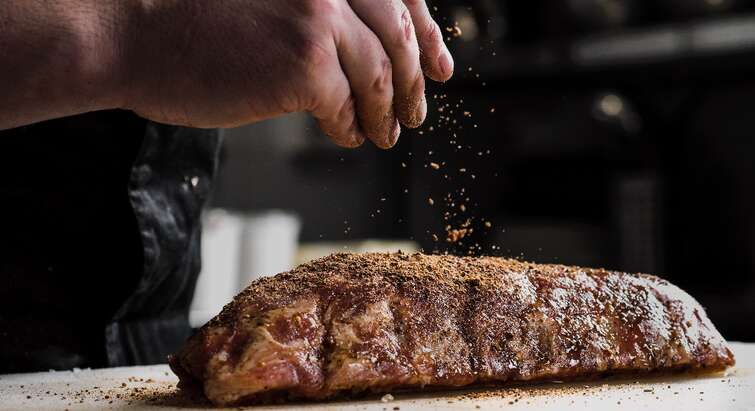 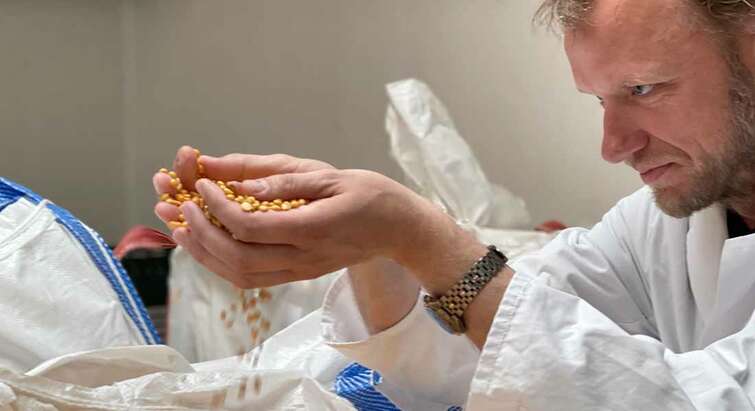