For the first time, researchers have succeeded in mapping the proteins in an old, frozen poop. The samples of dog poop are hundreds of years old and stem from sledge dogs at a settlement belonging to one of Alaska's indigenous peoples. The proteins give researchers new insight into the relationship between humans and sledge dogs. 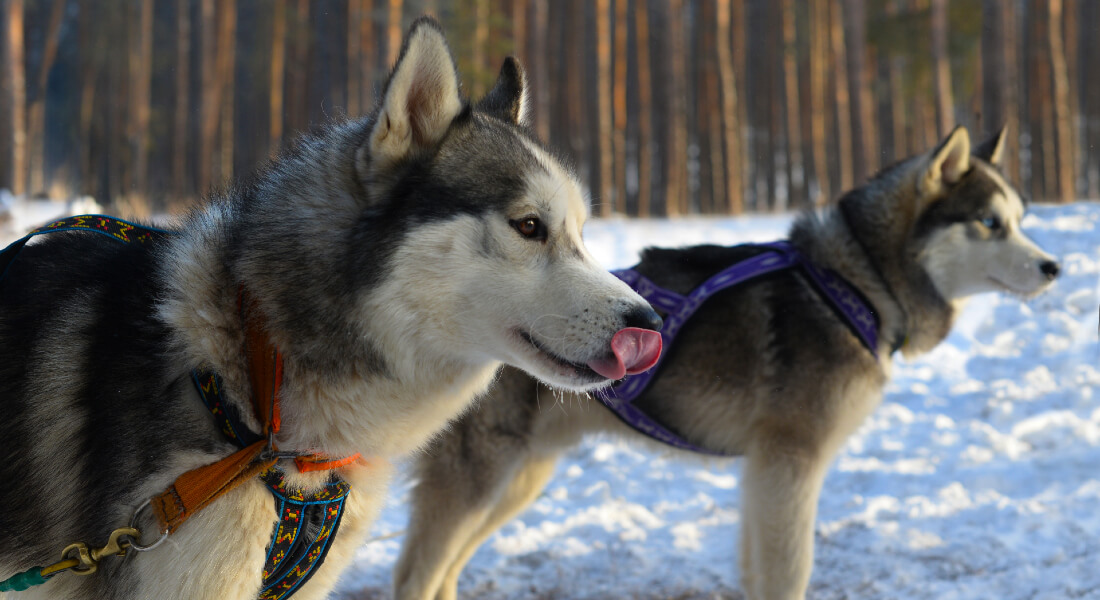 In all probability, the dog has been man's best friend for thousands of years. But one can only guess exactly how the relationship between them has developed throughout history.

‘As the first ones ever, we have mapped the proteins in some really old dog poops. They stem from sledge dogs and were found during the excavation of the Nunalleq settlement, which was inhabited by Alaska’s indigenous Yup’ik people. We reckon that they were “delivered” around 1700 and, unbelievably, they still smelled when they were found’, says researcher and lead author of the new study, Anne Kathrine Runge, PhD student at the Globe Institute at the University of Copenhagen.

The researchers analysed the proteins in an old poop because the contents may reveal what the dogs had in their stomach at that time.

‘It can give us more detailed knowledge about the way in which dogs lived back then. For example, we now know that the residents of Nunalleq fed them salmon which, in itself, is not really surprising since they still do that today’, says Anne Kathrine Runge.

‘But we were still a little surprised because, today, the Yup'ik people feed sledge dogs a type of salmon which is called “dog salmon”. But we can see in the old poops that this has not always been the case. At any rate, we can show that there are many different species of salmon in the poops, and that the name “dog salmon” may not be entirely accurate in a historical context’, she explains.

The researchers have also investigated where in the salmon the proteins come from. And it seems that most of them originate from the bones and innards of the salmon.

‘It tells us that the Yup'ik people fed the dogs many different kinds of salmon – even those that today are viewed as expensive quality salmon. But at the same time, they probably ate the good pieces themselves and then fed the dogs the leftovers, hereunder left-over innards’, says Anne Kathrine Runge.

Accessing the dog poop samples was a challenge in itself as Nunalleq, which means ‘the old village’ in Yup'ik, was considered as a place not to be disturbed.

According to oral tradition and excavations, the settlement was attacked and burned down in the 1700s as part of a brutal war that resulted in many deaths. And it has been a bit of a trauma for their descendants who still live in the area today.

‘They have known for a long time that the settlement was there. But they did not want to disturb the dead, and they therefore left it alone. But as the coast eroded, the settlement began to disappear into the sea. Therefore, they contacted some archaeologists who could investigate the site. It was here that they found the dog poops in a kind of building that might have been a dog house’, says Anne Kathrine Runge.

She believes that their method of analysis is so accurate that you can also use it to go even further back in time. In fact, in her next project, she hopes to be able to analyse a 9,000-year-old poop.

In addition, according to the researchers, the same method can be used to examine human remains to see what people have eaten or which diseases people had at given times in history.

The research project was supported by EU’s Horizon 2020 programme, the Danish National Research Foundation, the UK Arts and Humanities Research Council and the Yup’ik people themselves.