Refugee children arriving in the Nordic countries at a late school age achieve better school results in Sweden than in Denmark. This is the conclusion of new research findings from the Nordic CAGE project, in which several researchers from the University of Copenhagen participate. 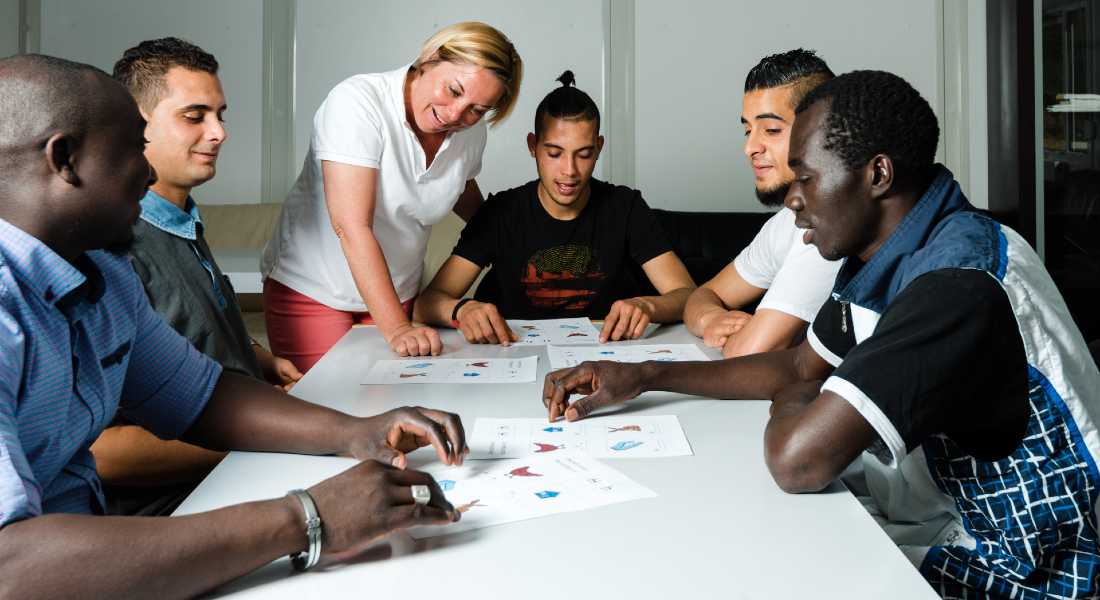 This is the conclusion of new research findings highlighted in two new scientific reports: a report based on harmonised register data on refugee children in Denmark, Finland, Norway and Sweden who arrived during 1986-2005, and another report based on qualitative research carried out in schools and classrooms in Norway.

These newly launched reports are part of the large, cross-disciplinary Nordic research project ‘Coming of Age in Exile’ (CAGE) on the health, education and labour market affiliation of refugee young people, and on how the different conditions and efforts in the Nordic countries affect their course of life. The register study reveals that refugee children in the Nordic countries do less well in school than their peers.

'For example, the study’s findings show that more refugee children drop out of school, and that their average marks in primary and lower secondary school are lower than those of majority children born in the Nordic countries. However, the study also reveals that the gap in school outcomes between refugee children and majority children is smaller in Sweden than in Denmark and Finland', says Assistant Professor Christopher de Montgomery from the Department of Public Health, University of Copenhagen.

Differences Between the Nordic Countries

The reason why refugee children living in Sweden do so well and show only a minor difference in school results compared to children in the Swedish population in general may be that Sweden is the Nordic country, which has the longest history of immigration and is more experienced in receiving refugee and migrant children. Another contributing factor to the better results in Sweden could be the high level of early-integrated living and schooling in Sweden leading to a better and earlier training in the majority language in contrast to a more separate asylum period in the other Nordic countries.

The qualitative study shows that schools and teachers have varying, and often insufficient, knowledge and competence of how to relate appropriately to a diverse group of refugee students with multifaceted needs. School staff interviewees tend to focus more on educational than psychosocial issues when commenting on young refugees’ challenges in school. A recurring statement is that school first and foremost is an educational, and not a care, institution. However, several of the teachers who acknowledge the school’s role in promoting young refugees’ psychosocial well-being, express a need for more competence in psychosocial issues.

‘Some school staff members describe their approach as learning about the field as they go along. One of the interviewed teachers points out that a consequence of the lack of qualifications in schools and among teachers is that a system problem erroneously becomes the individual student’s problem’, says Associate Professor Signe Smith Jervelund from the Department of Public Health, University of Copenhagen.

The Older the Children, the Harder It Is

Age also appears to play a decisive role when it comes to how well refugee children achieve in Nordic schools. Refugee children arriving in the Nordic countries at a later age, especially after turning 15, do less well in school and have a higher dropout rate in upper secondary education than their peers.

Both reports confirm that refugee students who arrive in their late teens are a particular challenge to schools, as they both have to learn a new language and complete their schooling within few years. Moreover, the ‘late arriving’ students often have disrupted, little or no formal education.

‘The figure below shows that 78% of children born in Denmark have completed an upper secondary programme before turning 25. In comparison, this is true of 24-65% of refugee children (depending on their age upon arrival). In general, the register study shows that refugee children’s chances of completing an upper secondary programme increase the younger they are upon arrival in the Nordic countries’, says Assistant Professor Christopher de Montgomery.

Need for More Knowledge and Competence at the Local Level

The involved researchers consider the significant differences in school results alarming from an integration perspective as young refugees’ accomplishments in upper secondary education and training may well lead to better and more stable labour market attachment, stronger social and economic links to the general population and enhanced health and wellbeing.

‘We hope the outcomes of these two studies can be used to support the key challenge facing all the Nordic countries, if their education systems are to facilitate social cohesion and promote integration of newly arrived refugees into our societies’, says Associate Professor Signe Smith Jervelund.

On the basis of the studies’ results, it is suggested that national policies concerning education of refugees be reconsidered, and that the Nordic countries should to a greater extent focus on ensuring global principles of quality and equity for all students in the Nordic school systems.

‘More political initiatives are necessary to promote educational opportunities and integration among refugee children and to even out educational differences. However, political intentions cannot stand alone. The qualitative research report shows that there frequently is a considerable gap between educational policies and educational practice. There is a need for more knowledge and competence at the local level of how to implement national policies on refugee education into classroom practice. Or else it will be difficult to increase the quality of the education provided to refugee children and youth as well as improve their school outcomes”, says Professor Allan Krasnik who is the PI of the project.

The reports 'Equity in education? A comparative analysis of educational outcomes among refugee children in the Nordic countries.' and 'Young refugees’ pathways in(to) education. Teacher and student voices: challenges, opportunities and dilemmas.' are published by the research project Coming of Age in Exile (CAGE). The project in funded by NordForsk.