Expert: Coronavirus pandemic will not trigger a food crisis

The coronavirus pandemic is unlikely to provoke a food crisis according to a food economics expert at the University of Copenhagen. Food supply and demand have hardly changed. And globally, food stockpiles are topped up better than ever.

It may well be that humanity is being confronted with a global economic crisis as a result of the coronavirus pandemic. But, agriculture and the food supply are highly likely to be spared by the corona crisis, and none of us need to worry about food shortages or staggering price increases for food staples.

This is the clear conviction of Senior Advisor Henning Otte Hansen of the University of Copenhagen’s Department of Food and Resource Economics. Hansen, an expert in food economics, sits on the EU expert panel that, among other things, is responsible for assessing how the coronavirus pandemic will impact agriculture.

"There is no indication that we will have a food crisis within the next 1-2 years. The coronavirus crisis does not fundamentally alter supply and demand for foodstuffs. Sales are relatively constant because we are consuming about the same as usual and cross-border trade has continued," explains Henning Otte Hansen.

The infrastructure and transportation options for agricultural and food products have thus far been affected only to a slight degree. According to Hansen, bottlenecks, shortages, etc. will not occur on a larger scale because supermarkets that run out of certain food items can have them delivered and restocked very quickly. However, in the short term, certain sectors that rely on foreign labour and open markets are temporarily vulnerable as a result of national shutdowns. This may, for example, impact fruit and vegetable growers.

No food shortages for the time being

There is nothing in the market to indicate that we in Denmark, or globally, will be short of food staples for the foreseeable future. The world's grain and food stockpiles are at historically high levels and can be used as a buffer should exports from certain countries begin to drop off. Furthermore, global harvests appear to be tentatively bountiful.

"When major grain exporting nations like Kazakhstan and Russia limit or consider limiting their grain exports, expectations alone can precipitate price increases. But this is not enough to create a genuine food crisis with prolonged global price bubbles," says Henning Otte Hansen.

His view is that agriculture and the food sector will only truly suffer in a worst-case scenario. This would be a scenario in which the crisis persists for several years and evolves into a global depression, during which time countries institute protectionist measures and trade barriers. In this scenario, the most export-dependent producers, such as those in Denmark, would be particularly affected. He himself, does not foresee the materialization of such a scenario.

Danes have the least to fear

Though there have been examples of rising grain prices in recent weeks, Henning Otte Hansen attributes them to a panic reaction among buyers without any underlying market basis to explain for them. The same applies to the hoarding of food as witnessed in parts of Europe as the coronavirus crisis became serious.

"In the very near term, uncertainty and unpredictability can cause prices to rise – but not in the long term, and certainly not with persistence. Additionally, Denmark is one of the nations on earth with the highest per capita food production, so the prospect of food shortages here at home is exceptionally slim," concludes Henning Otte Hansen.

The most recent global food crises occurred in 2007-08 and 2011-12. The first crisis was catalyzed by a cocktail of exceptionally limited stockpiles, poor harvests in several regions of the world and because of the increased use of grain for energy purposes. The second crisis was triggered by fires across large grain producing areas of Russia and Ukraine which resulted in a reduced supply of cereals in the global marketplace. In each case, there were clear market explanations. 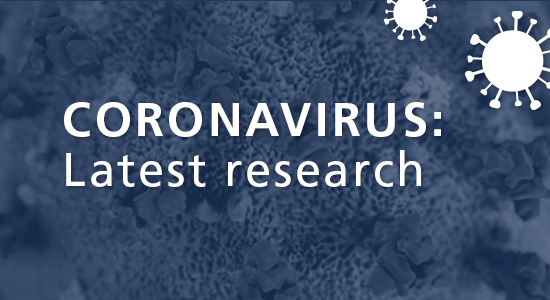 Read the latest research news on coronavirus and COVID-19.