Contrary to previous belief, a neuroscientist from the Faculty of Health and Medical Sciences has shown the existence of a particular type of sphincter in the brain's blood supply in mice. The discovery changes the understanding of the blood circulation and may lead to new knowledge about migraine and dementia.

Allegedly, they should not exist in the brain, the so-called precapillary sphincters – a kind of squeezing ‘muscle clamp’ between the larger and smaller vessels of the bloodstream.

FACTS ABOUT THE BLOOD CIRCULATION

Nevertheless, Assistant Professor Søren Grubb from the Department of Neuroscience at the University of Copenhagen has indeed shown the sphincters in mice.

‘In the early '10s, a Japanese review study concluded that there was no evidence that pre-capillary sphincters should exist in the heart, brain and muscular connective tissue,’ he says and continues:

‘Since then, scientists have focused a lot on pericytes – muscle cells that can regulate the resistance in the smallest blood vessels. At the same time, however, they have somehow missed a great resistance right between some arterioles and capillaries: The sphincters. Perhaps because the discovery of the pericytes has received more attention among all the blood vessels of the brain’.

Functions as a water faucet or a sluice system

As blood flows through the brain, it flows from arteriole to vein through the capillaries. The latter are the smallest blood vessels in the body, but incredibly important. It is here that the blood and the brain exchange oxygen and nutrients.

Scientists have somehow missed a great resistance right between some arterioles and capillaries: The sphincters.

As the muscle clamp relaxes, more blood cells will flow through its passage and the pressure in the following blood vessels will increase. When the clamp contracts, a bottleneck forms, which lowers the pressure further down the blood flow.

’In this way, it also works a bit like a sluice system to irrigate fields: You may have a roaring river, but by diverting water from the river and making sluices that can regulate the amount of water for each field, you can distribute the water to many areas, says Søren Grubb.

’Conversely, if the sluice shuts down or is clogged, the field will quickly dry out’, he adds.

Potential for dementia and migraine

Based on that picture, Søren Grubb assumes that the pre-capillary sphincters may play a major role for disturbances of the brain's blood supply and blood pressure.

If the assumption holds true, the discovery of the clamping muscles in the brain will potentially affect the treatment of diseases such as migraine, Alzheimer's and vascular dementia – all associated with an accumulation of waste products that may stem from blood vessel defects.

Already, the research group Lauritzen Lab, of which Søren Grubb is part, has tested a model for migraine with aura. The model confirms the hypothesis, but the Assistant Professor emphasises that further research is still needed in connection with disorders:

‘We have shown that the precapillary sphincter is found in the brain. The rest is still speculative. But perhaps more researchers will start working on it, now that they know that the sphincters are there’.

The research article ‘Precapillary sphincters maintain perfusion in the cerebral cortex’ has been published in the scientific journal Nature Communications.

The study has received support from the Lundbeck Foundation. In November 2019, Søren Grubb received an award from the same fund for his presentation of the results. 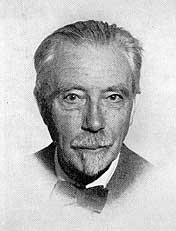 The publication coincides with the 100-year anniversary of the Nobel Prize for Danish physiologist August Krogh.

In 1920, August Krogh received the Nobel Prize in Physiology and Medicine for his work with capillaries.

He claimed that the capillaries could also regulate the blood flow.

The recent discovery from Lauritzen Lab rediscovers that mechanism in the brain, so to say.