On June 11-14 more than 1500 researchers from Europe, Africa and across the world attended the European Conference on African Studies (ECAS) in Edinburgh. This biennial event is one of the key activities of the European African Studies Association (AEGIS). Here Amanda Hammar, Associate Professor and Director of the Centre of African Studies at the University of Copenhagen, and herself a Zimbabwean, was elected the new president of AEGIS for the next four years.

“I feel very excited and honoured to be given the chance to contribute to supporting and developing African studies further, both within Europe and in a much broader sense,” she says.

AEGIS is the main research network of Europe-based African studies centres currently with over 30 member organisations. It aims to create synergies between a wide range of Africanist researchers and institutions globally and to strengthen the field of African studies in Europe. Amanda Hammar’s role as president will be to oversee and develop relevant activities in cooperation with the AEGIS board and membership

“It is an opportunity to expand and support African studies as a dynamic academic field, making it as relevant as possible to change in Africa, and also helping to articulate its contributions to rethinking Africa in multiple arenas in a less simplified and more complex way. Crucially, too, is opening up space in Europe for African scholars and perspectives. One of my ambitions is to strengthen relationships with researchers and research institutions both in Africa and elsewhere,” Amanda Hammar says. 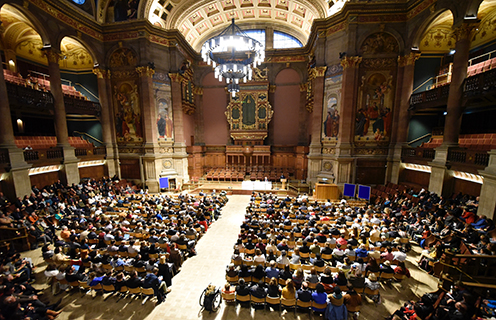 “I’d like to keep strengthening the thematic  groups and maybe expand them a bit. For example, there are interesting suggestions emerging from our members to establish new CRGs around the themes of religion, and urban change.”

AEGIS also runs a biennial PhD Summer School on the theme of the forthcoming ECAS that places emphasis on a new generation of Africanist researchers. And it has its own AEGIS book series in collaboration with Brill, based on a principle of Open Access.

“The first thing is to consolidate what AEGIS has been doing so well already – ECAS, the CRGs, summer schools and the book series - but also to ensure that the member organisations feel heard, seen and supported. Beyond this, though, I would also like to place a little bit more emphasis on teaching African Studies. It hasn’t been a focus within AEGIS as yet, but most people doing research on African studies are also teaching, and it seems there is much interest in opening up discussions and collaborations around this,” she says.

AEGIS is a research network of Europe-based African studies centres, which aims to create synergies between a wide range of Africanist and African researchers and institutions globally and to strengthen the field of African Studies in Europe.

Among its core activities is the European Conference on African Studies (ECAS) which is held every second year in a new European location, and is the largest gathering of Africanist scholars in the world outside Africa. 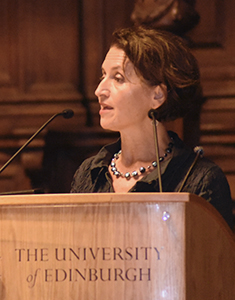 Amanda Hammar holds a first degree in Sociology and African and Asian Studies (University of Sussex), MA in Social Policy and Planning (LSE), and a PhD in Development Studies from Roskilde University.