3.5 million Danes have a Facebook profile and most of us check the Facebook-newsfeed daily, or even several times a day. However, the constant stream of friends’ baby photos, skiing holidays and job-successes seems to make us less satisfied with our own life, shows study from Department of Sociology, which is published in the Official Cyperpsychology. 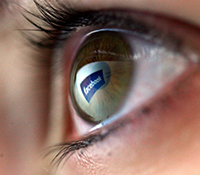 Department of Sociology from University of Copenhagen and the Danish think tank The Happiness Research Institute completed in the autumn of 2015 The Facebook Experiment with 1095 subjects, to find out how Denmark's most popular social media affects users' quality of life. Almost all of the test subjects reported before the experiment that they were on Facebook every day, and 86% of them said they often checked the news stream.

All the participants were asked to assess different aspects of their lives on a scale from one to ten, for example how satisfied they were with their lives, and the extent to which they experienced negative feelings of concern, loneliness, anger or positive feelings such as happiness and enjoyment.

A randomly selected half of the group - the treatment group – was then assigned NOT to use Facebook at all for an entire week, while the other half served as control group continued their lives with Facebook as previously

The researchers subsequently asked all 1095 subjects to again asses the quality of their lives, and the results were clear: In the group who took one week's Facebook-break, the test subjects' general satisfaction with life increased from 7.56 to 8.12 on the one-to-ten-scale.

More testpersons than before the experiment also reported that they were "enjoying life" and "felt happy", and the difference was especially clear when the researchers asked about the testpersons negative feelings: After a week without Facebook, the share of the subjects who reported that they felt mad, sad, depressed and lonely declined significantly.

The researchers also asked the test subjects' experience of wasted time and concentration trouble, and in the group who had kept a one week Facebook-break, there was a clear increase in the number of persons who reported that they were better able to concentrate without Facebook and that they felt they wasted much less time in their daily lives.

... at BBC.com about the experiment