The first recipient of the Nils Foss Excellence Prize is Professor Rasmus Bro, who works with advanced data analysis at the Department of Food Science at the University of Copenhagen. Rasmus Bro has worked tirelessly to develop advanced methods of data analysis for complex measurements of biological material. Through the ODIN consortium, he has applied these methods to optimise processes and products in the food, feed and pharmaceutical industries. 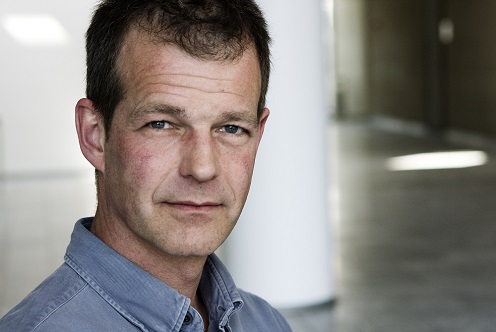 Professor at the Department of Food Science (FOOD) at the University of Copenhagen, Rasmus Bro.

Professor Ramus Bro is delighted with the prize, which has been referred to as the Nobel Prize of food science.

“It is overwhelming as it is rare that the importance of data analysis of this kind is appreciated and recognised. And that means something very special in a time when there is a flood of data, but not the resources to draw out valuable and socially beneficial information from it. I also see it as a credit to the Department of Food Science and as a reaffirmation that we are doing good research, which is of course nice to be recognised for”, says Professor Rasmus Bro.

He has been instrumental in the introduction of PAT (Process Analytical Technology) in Denmark and, together with the food industry and the US Food and Drug Administration (FDA), has created the first education in PAT a few years ago. PAT is currently one of the specialisations of the Master’s Degree in Food Science and Technology.

“Process Analytical Technology aims to optimise production in order to produce better and cheaper products and to make better use of raw materials. This is done by measuring the right things at the right times. You can obtain thousands of measurements from raw milk or beer and then use mathematics to decode the measurements into useful input for the management of production", explains Professor Rasmus Bro.

The methods have been implemented in many manufacturing companies, where they also have allowed the creation of a more uniform quality.

“We have also worked with some very complex mathematical methods, which means that you can shine a light on samples and tell what chemical substances are in them without ever touching the sample material. An American psychologist invented the method in 1970 and decades later it has proven to work like a dream with chemical data. So where the psychologists analysed children’s answers to questionnaires, we use the method on biological material. But ultimately we end up with the same data form, which has proven to be a great tool, particularly in the food industry”, says Rasmus Bro.

Revolutionized the measurement of water quality

In 1997, he developed a method that can analyse complex fluorescence data, which has revolutionised the way the aquatic environment is monitored. The method is now part of instruments that companies use to measure their water quality. 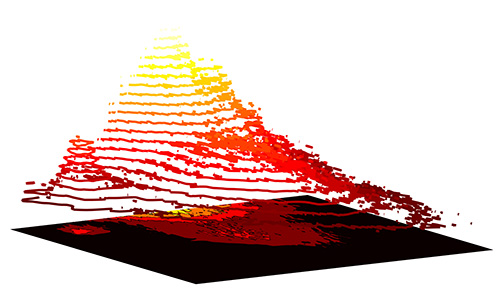 Fluorescence measurement of Dissolved Organic Matter (DOM) in a water sample from the Dogger Bank in the North Sea. The measurement is used among other things to understand pollution, the carbon cycle, water quality and much more.

“The method analyses organic matter in the water – from contaminated ballast water from container ships to the study of the fauna in Antarctica to wastewater from a factory. You measure the organic substances in the sample and get a so-called fluorescence landscape. Whereas in the past you would just look at the landscape and say it looks fine, now you can interpret the landscape and get a precise answer as to which substances are involved and how much there is of them. It is not just about pollution, but about measuring and understanding water quality on the whole”, says Rasmus Bro.

He was awarded the prize at a ceremony at FOSS in Hillerød on Monday, 21 November 2016.

The Nils Foss Excellence Prize, which is awarded for the first time in 2016, is DKK 750,000 and goes to a globally respected scientist for innovative science within the food industry. At least 75% of the DKK 750,000 prize must be used for further research.

“With the name “The Nils Foss Excellence Prize” we also honour the company’s founder, who through great entrepreneurship over 60 years has driven the development of an international and innovative company that contributes to healthy and high quality food,” said the Chairman of FOSS, Peter Foss, to LevnedsmiddelBladet, when the prize was announced in October.

Read news about the award ceremony at the FOSS website.

ODIN is based at the Department of Food Science (FOOD) at the University of Copenhagen. The consortium gives industry access to the latest knowledge of the above-mentioned methods through courses and access to researchers, who can advise on the implementation of the methods in the company.