All our cells contain an identical genetic code, but the code is expressed differently in the 220 cell types of our body. This equips each cell type with a unique identity, which is crucial for the cells to maintain throughout life. Researchers at BRIC, University of Copenhagen, have elucidated an important mechanism that protects cell identity and challenge a paradigm in biological research. They have shown that the protein complex PRC2 during development, attach to genes that are to remain silenced. If these genes aberrantly are turned on, the specialized functions of the cells are disturbed and that may lead to cancer. The results explain how cell identity is retained and can be used to select cancer patients for PRC2-inhibitor treatment.

The research group of Professor Kristian Helin at the Biotech Research and Innovation Centre (BRIC) explores how our cells develop from the early stem cells and how cancer arises.  The information that controls these processes lies in part outside our genetic code and is called epigenetic information. This information needs to turn on and off selected genes at the right time and in the right cells. The new results that are published in the journal Molecular Cell, were surprising to the researchers at first.

-We have known for long that different protein complexes are involved in turning on and off genes during development, and also that PRC2 is crucial for normal development. By such, studies of PRC2 have formed a paradigm for epigenetic control of gene activity, and we were very surprised to see that its function is actually not to act as an on-off switch. Instead, it acts as a shield by attaching to and protecting already silenced genes, explains postdoc Itys Comet, who together with his former colleague Eva Riising, has headed the experimental part of the project.

By experimentally halting gene activity in stem cells, the researchers observed that the PRC2 complex attached to already silenced genes, but was not involved in turning off the genes in the first place. The results are thereby the first general example to show that the function of epigenetics is to maintain an already established gene pattern required for stability of cell identity, and not to establish the gene pattern. The new results are in agreement with data obtained in fruit flies 30 years ago and challenge the concept that epigenetic mechanisms are more complex in humans than in lower organisms. The BRIC scientists also showed that PRC2 attached to two-thirds of all silenced genes, thereby confirming a central role of PRC2 in the regulation of human gene activity.

The observation that PRC2 levels are increased in many cancers has prompted the pharmaceutical industry to develop specific inhibitors of PRC2 activity. These inhibitors are currently in clinical testing in patients with the blood cancer B-cell lymphoma. Yet, PRC2 is also inactivated in other cancer patients, which has challenged the understanding of PRC2’s role in cancer. The new research from BRIC helps to understand this complexity.
-If our cells have too little PRC2 activity, genes may mistakenly be turned on, which may result in incorrect functions of a cell. Opposite, too much PRC2 activity is also a problem. Our tissues are constantly renewed from stem cells in our body, and the resulting daughter cells need to specialize and loose the stem cells’ ability to divide. Too much PRC2 activity can block signals from specialization-genes and maintain cell division. And this can lead to cancer, explains Professor Kristian Helin.

The researchers at BRIC are already collaborating with a clinical research group in Spain, to investigate which brain tumour-types that respond to treatment with PRC2-inhibitors. Their hope is to identify a diagnostic profile, which can be used to select the patients that can benefit from PRC2-inhibitor treatment. 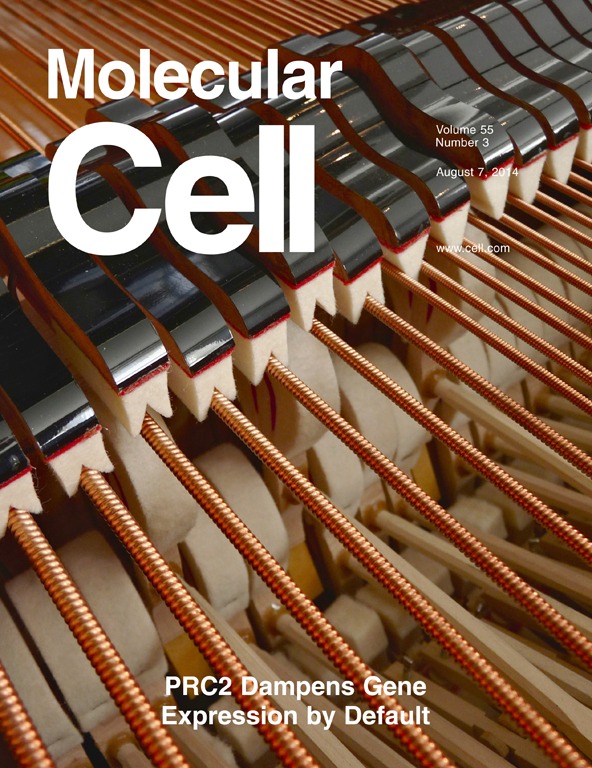