Research from the University of Copenhagen is shedding new light on the brain's complicated barrier tissue. The blood-brain barrier is an effective barrier which protects the brain, but which at the same time makes it difficult to treat diseases such as Alzheimer's. In an in vitro blood-brain barrier, researchers can recreate the brain's transport processes for the benefit of the development of new pharmaceuticals for the brain. The new research findings are published in the AAPS Journal.

Ninety-five per cent of all tested pharmacological agents for treating brain disorders fail, because they cannot cross the blood-brain barrier. It is therefore important to find a possible method for transporting drugs past the brain's efficient outpost and fervent protector. 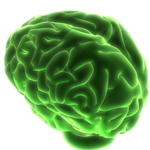 The blood-brain barrier is an effective barrier which protects the brain, but which at the same time makes it difficult to treat diseases such as Alzheimer's.

Researchers at the Department of Pharmacy at the University of Copenhagen have recreated the complex blood-brain barrier in a laboratory model, which is based on cells from animals. In a new study, the researchers have studied the obstreperous bouncer proteins in the barrier tissue. The proteins protect the brain, but also prevent the treatment of brain diseases:

"The blood-brain barrier is chemically tight because the cells contain transporter proteins which make sure that substances entering the cells are thrown straight back out into the bloodstream again. We have shown that the barrier which we have created in the laboratory contains the same bouncer proteins – and that they behave in the same way as in a 'real' brain. This is important, because the model can be used to test drive the difficult way into the brain. Complex phenomena – which we have so far only been able to study in live animals –can now be investigated in simple laboratory experiments using cultivated cells," says postdoc Hans Christian Cederberg Helms from the Department of Pharmacy.

The research team has shown that the transporter proteins P-glycoprotein, breast cancer resistance protein and multidrug resistance-associated protein 1 are active in the artificially created barrier tissue. The proteins pump pharmacological agents from the 'brain side' to the 'blood side' in the same way as in the human blood-brain barrier.

Read the scientific article in the AAPS journal

The new findings have resulted from collaboration with industrial scientists from the pharmaceutical company H. Lundbeck A/S. "It is important to the treatment of brain diseases such as Alzheimer's that we find a way of circumventing the brain's effective defence. The university and industry must work together to overcome the fundamental challenges inherent in developing pharmaceuticals for the future," says Lassina Badolo, Principal Scientist with H. Lundbeck A/S and an expert on the absorption of medicines in the body.

Associate Professor Birger Brodin adds: "We have shown that the models have the same bouncer proteins as the ones found in the intact barrier. We are now in the process of studying the proteins in the blood-brain barrier that accept pharmacological agents instead of throwing them out. If we can combine a beneficial substance which the brain needs with a so-called 'absorber protein', we will in the long term be able to smuggle pharmacological agents across the blood-brain barrier."

Birger Brodin heads the Drug Transporters in ADME research group which is responsible for the in vitro blood-brain barrier.

The blood-brain barrier consists of a three-dimensional structure of blood vessels and support tissue, which sit close together.

The barrier is thus physically tight, but also chemically tight, because the cells contain transporter proteins which make sure that substances entering the cells are immediately thrown out into the blood again.

This is a problem when you are trying to design pharmacological agents acting on the central nervous system. Researchers therefore need a deeper understanding of the barrier properties.