With the aid of pioneering technology, Danish scientists have charted several of the complex biological processes behind congenital heart defects. In time the research will provide better ways to prevent, diagnose and cure heart disease. The new results have just been published in the well reputed journal PNAS.

About 25,000 Danes currently live with congenital heart defects. Both genes and environment play a role for these malformations, but exactly how various risk factors influence the development of the heart during pregnancy has been a mystery until now.
With the aid of a supercomputer, an international, interdisciplinary research team has analysed millions of data points. This has allowed the scientists to show that a huge number of different risk factors – for example in the form of genetic defects – influence the molecular biology of heart development. 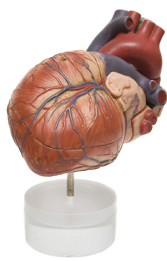 – The discovery of a biological common denominator among many thousands of risk factors is an important step in health research, which in time can improve the prevention and diagnosis of congenital heart defects, explains Professor Lars Allan Larsen from the Department of Cellular and Molecular Medicine, University of Copenhagen.

Research results have recently been published in the well reputed scientific journal PNAS – Proceedings of the National Academy of Science USA. The project was supported by the Danish Heart Association, Novo Nordisk Foundation and Danish National Research Foundation, among others.

Scientists have analysed several thousand genetic mutations and environmental risk factors associated with heart malformations in the hope of finding a pattern or common factor.

– Our investigations show that many different genetic factors together with environmental factors can influence the same biological system and cause disease. The results are also interesting in a broader perspective, because it is probable that such interactions are also valid for diseases such as schizophrenia, autism, diabetes and cancer, says Kasper Lage, Director of Bioinformatics at Harvard University, USA.

Thus the results of the study give scientists an idea of how different combinations of variations in hereditary material can dispose the individual to disease: – This is interesting if we want to make treatment more efficient by tailoring an optimal approach for each individual patient, adds Professor Søren Brunak from the Novo Nordisk Foundation Center for Protein Research, University of Copenhagen.

When the international research team brought a systems biology perspective to bear on the huge data mass, they could see previously unknown and complex correlations between known risk factors and heart biology:

– Systems biology is a relatively new and holistic research field that uses bioinformatics and supercomputers to investigate highly complex biological problems. For example, we know of a number of genetic mutations that cause heart defects. But it is first now we have been able to show which biological systems in the heart are influenced by the mutations in question, explains Professor Lars Allan Larsen.

A systems biology approach can lead to surprising and pioneering conclusions, but the work is difficult and requires a great degree of interdisciplinary collaboration. In this case team members include genetic scientists, cardiac specialists and experts in bioinformatics from universities, hospitals and industry.

What is this all about? 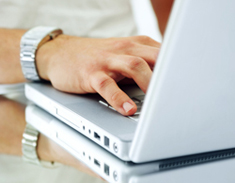 Systems biology arose as a research area thanks to the sophisticated methods and techniques developed in particular in the fields of gene technology and molecular biology, and because modern information technology allows statistical calculations to be made on massive amounts of data.