Researchers at the University of Copenhagen have documented a previously unknown biological mechanism in the brain’s most important line of defence: the blood-brain barrier. Scientists now know that the barrier helps maintain a delicate balance of glutamate, a vital signal compound in the brain. The research results have just been published in the scientific journal GLIA.

Glutamate is the most important activating transmitter substance in the brain. Vital in small amounts, it is toxic for the brain if the concentration becomes too high. Noise on the brain’s signal lines can have fatal consequences and is involved in neurological diseases such as Alzheimer’s disease, sclerosis and schizophrenia. Until now scientists believed that the glutamate balance was maintained by an interaction between different types of cells in the brain: 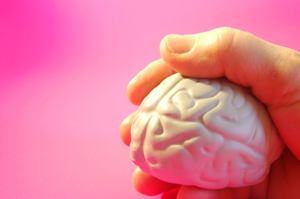 "We now know that the blood-brain barrier also plays a vital role in the process by ’vacuuming’ – so to speak – the brain fluid for extraneous glutamate, which is then pumped into the blood where it does not have a damaging effect. This is new knowledge that can have enormous impact on future drug development. We have charted a biological mechanism that other scientists eventually can try to influence chemically, for example, in the form of medicine to limit cell death after a stroke. When the brain lacks oxygen, the glutamate level in the brain fluid increases dramatically, which kick starts a toxic chain reaction that kills cells," explains Associate Professor Birger Brodin.

The research results have just been published in the scientific journal GLIA.

A couple of years ago, researchers at the Faculty of Health and Medical Sciences modelled an artificial blood-brain barrier in the laboratory using brain cells from rats and calves. Ninety-five percent of all drugs tested for treating diseases originating in the central nervous system fail because they cannot pass through the blood-brain barrier, which is why it is so important to have a tool that can be used to negotiate the difficult path across the brain’s effective border crossing.

However, the model is not just a potential screening tool. It can also inform scientists about the properties of the mysterious barrier and lead to new knowledge about the healthy brain and disease:

"Others have been on the trail of the hypothesis that the blood-brain barrier helps maintain the delicate glutamate balance in the brain. However, because of the model we created in the laboratory, we have been able to test the hypothesis successfully in a biological experiment for the first time ever," explains PhD Student Hans Christian Helms, who is the main driver behind the development of the blood-brain barrier created in the laboratory.

Scientists discovered the new mechanism in the blood-brain barrier as they were trying to investigate how amino acids get into the brain:

"Many significant discoveries happen by accident to some extent. We start by having a theory that we want to investigate. We test the theory in the laboratory and sometimes we get unexpected results. It is often the unexpected results that lead us onto new paths and to scientific breakthrough," concludes Birger Brodin.

This is a problem when you want to design drugs to affect the central nervous system. Scientists therefore need deeper knowledge about the characteristics of the barrier.

The model created in the laboratory is made of so-called endothelial cells isolated from calf brain. These are plated out on a filter with tiny holes and cultivated in nutrient solution.

The complex structure of the blood-brain barrier means that the cells must be given information in order to function as real blood-brain barrier cells. Therefore the endothelial cells are cultivated with astrocyte cells from rats. Astrocytes are another type of helper cell.

They ensure communication between the various types of cells in the brain and send signals to the endothelial cells so that they develop correctly.