Psychotropic medications can cause birth defects

A new study shows that use of psychotropic medications during pregnancy increase the probability of birth defects. Researchers at the University of Copenhagen have published an article that documents the serious side effects that can be associated with these types of medications. 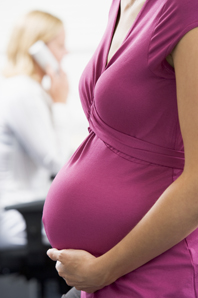 Between 1998 and 2007, psychotropic medications were associated with 429 adverse drug reactions in Danish children under the age of 17. Researchers from the University of Copenhagen’s Faculty of Pharmaceutical Studies have published an article in the open access journal BMC Research Notes concluding that more than half of the 429 cases were serious and several involved birth defects, such as birth deformities and severe withdrawal syndromes.

Professors Lise Aagaard and Ebbe Holme Hansen from the University of Copenhagen studied all 4,500 paediatric adverse drug reaction reports submitted during the study period to find those which were linked to psychotropic medications. The two researchers found that 42 percent of adverse reactions were reported for psychostimulants, such as Ritalin, which treats attention deficit disorder (ADD), followed by 31 percent for antidepressants, such as Prozac, and 24 percent for antipsychotics, such as Haldol.

- “A range of serious side effects such as birth deformities, low birth weight, premature birth, and development of neonatal withdrawal syndrome were reported in children under two years of age, most likely because of the mother’s intake of psychotropic medication during pregnancy,” says Associate Professor Lisa Aagaard.

Use of antidepressants is increasing

The researchers believe that these tendencies should serve as a warning to doctors and health care personnel.

- “Psychotropic medication should not be prescribed in ordinary circumstances, because this type of medication has a long half-life. If people take their medicine as prescribed it will be a constantly high dosage, and it could take weeks for one single tablet to exit the body’s system. Three out of four pregnancies are planned, and therefore society must take responsibility for informing women about the serious risks of transferring side effects to their unborn child,” says Aagaard.

There is a clear indication that use of antidepressants is increasing in Denmark, as well as in many other countries, and the tendency is the same when it comes to pregnant women.

- “We are constantly reminded about the dangers of alcohol use and smoking during pregnancy, but there is no information offered to women with regards to use of psychotropic medication. There is simply not enough knowledge available in this area,” concludes Aagaard, suggesting that greater control should be required when prescribing psychotropic medications to pregnant women.